PA Foot and Ankle Associates is proud to sponsor Carly Lenett, the Juvenile Ambassador for the ADA, in her fight against Type 1 Diabetes. 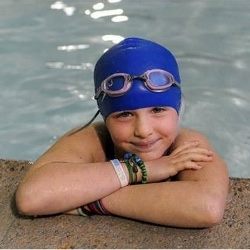 Carly LenettCarly Lenett has achieved more in her 8 years than many of us do in a lifetime. Diagnosed with Type 1 diabetes when she was just three years old, she went on a mission to raise awareness and funds for diabetes research.

Here's what Carly has already accomplished:

If Carly meets her fundraising goal this year, she will have raised $45,000 in the fight to cure diabetes!

Carly raised funds for diabetes research by swimming 110 laps at Emmaus High School in 2013. Notice the glucose monitor strapped to her right arm.Will you help? To donate to the team, Carly Rocks, and to see real-time progress on how much Carly has raised, click here.

Carly says that as a young athlete, she tries to set a healthy example for others. “You can do it and don’t be afraid...I just watch my blood sugar, and I test to make sure it’s OK. [Exercise] is good for your blood sugar, and it’s really fun.”

Carly wants people to know - and especially kids - that having diabetes doesn't mean you can't be a regular kid. In addition to swimming, she also does gymnastics, rides horses, and loves to paint. Why Swimming? Because it exercises every muscle in your body, and is one of the best ways to lower blood sugar.

In the video below, Rhonda Heier of the American Diabetes Association Lehigh Valley, talks with Carly about all of the gear and apps she uses to monitor her blood glucose level.

In this video, Rhonda talks with Carly about her heroes, what she does in her spare time, how she manages her Type 1 diabetes, and her upcoming fundraising events.

Carly Lenett, the amazing 9-year-old from Lower Macungie Township who is planning another 3-mile swim marathon on Sept. 20 at Emmaus High School, was recently interviewed by CNN and will be featured on the all-news network in the 8 a.m. hour and in the noon hour on Wednesday. Read more.

A Lehigh County girl preparing a 3-mile swim to raise money for diabetes research will be featured this morning on CNN. Read more.

A little girl from Lehigh County is making big strides for diabetes awareness, one stroke at a time. Lower Macungie Township's Carly Lenett loves to swim. "I like it because it is really fun," said Carly. Read more.

Her motto is: "Life is tough, but I am tougher". “I want a cure where I don’t have to wear anything on me or test myself at all,” Lenett says.“Just like eating a magic Skittle or something!”

Mitch Lenett, Carly's father and a fellow Type 1 diabetic, says his daughter inspires him - “She’s got such a strong will,” he says. “She’s so little and cute and has this little voice, but a heart like a lion.” 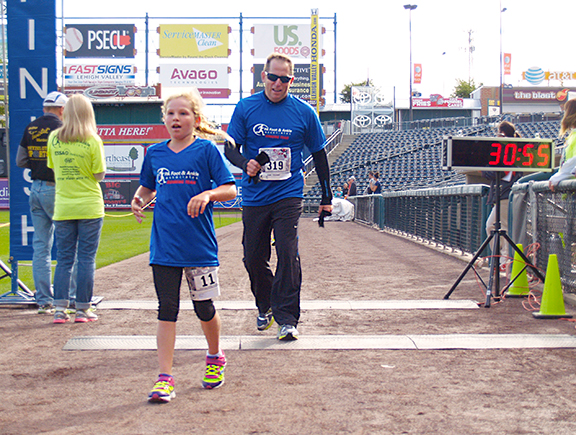 Done: Carly and Doctor Teichman from PA Foot and Ankle Associates cross the finish line at the iRUNpigs 5k 2014.

See video of the swimathon here. 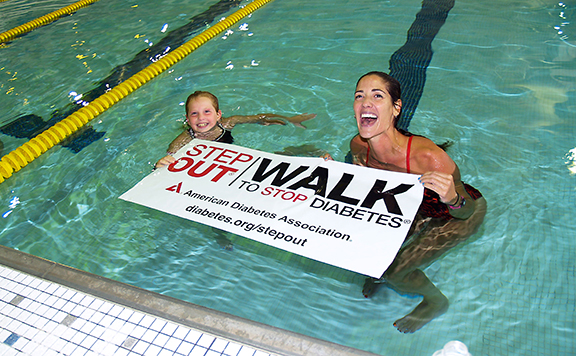 Will you help Carly in her fundraising goal of $25,000? Click here to donate now. 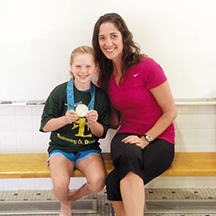 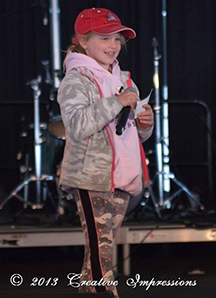